The 100th Grey Cup game takes place in Toronto on Sunday, November 25. If my dad were still alive, he’d be there. No one loved football more than him.

Dad played football at Etobicoke Collegiate and at the University of Toronto on the Forestry team. Lean, only 5’11” but fast, he played quarterback. 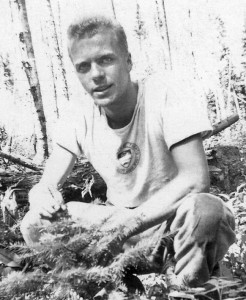 After graduation from U of T, he moved to start his career as a forester in Chicoutimi, Quebec, where he was recruited by a semi-professional team.

At one semi-pro game he got hit pretty hard and was forced to sit on the bench. When one of the opposing team ran by clutching the football, Dad leaped out to tackle him. After that, “Men in white coats came to take me away.” He’d sustained a concussion.

He was scouted at one of those games and invited to try out for the Montreal Alouettes in 1959. He declined: “I told them I’m 28 years old, have a job and a wife and kids and don’t want to get killed at your try out camp.”

On the home front, he tried for a son to toss a football with, but after the fourth daughter arrived he gave up. Later on he refereed football at Quebec High School on a muddy field in freezing wet weather. It was all for the love of the game.

These anecdotes are our family’s diamonds.

The annual Grey Cup game was a huge deal to Dad and his buddies. Attending was like going to Mecca.

So, at Sunday’s game please raise a beverage to the fans who are there in spirit. 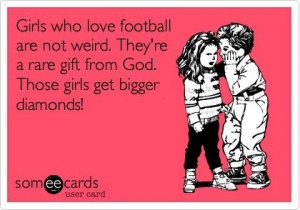