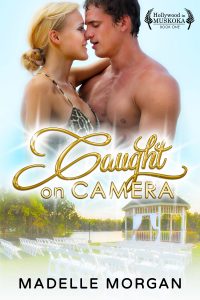 A groomsman falls for a maid in disguise in this Cinderella romance.

Star struck chambermaid Rachel Lehmann needs film school tuition by the end of the summer. She’s asked to fill in for a missing bridesmaid at an A-list star’s resort wedding and pretend to be the bride's cousin. It’s a golden opportunity to secretly take photos of celebrities and sell them to the entertainment media!

Then Mickey, one of the groomsmen, sweeps her off her feet. OMG. Too distracting. Too smart. Worst of all, too observant.

Mickey McNichol, talent agent to the stars, believes everyone in show business is out for what they can get. When he falls for the bride’s "cousin," he thinks he’s finally met a beautiful woman he can trust.

But if Mickey discovers Rachel's ulterior motive, he'll scrub her plans to work in Hollywood.

Caught on Camera is Book 1 in the Hollywood in Muskoka series. Rachel's madcap romance with a Hollywood heartthrob can be read as a stand-alone light, fun wedding rom-com. View the Playlist.

SALE: 99 cents on AMAZON and KOBO 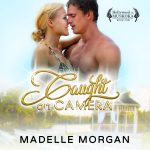 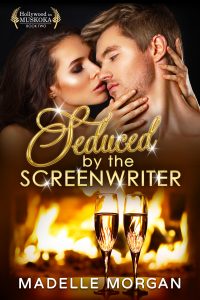 Will the passion ignited by a handsome Hollywood screenwriter heal an ex-cop's damaged soul? Or incinerate her heart?

After a traumatic recovery dive, Catrina Turner quit the force and ran away to remote Muskoka. Her PTSD, a closely-guarded secret, makes a relationship impossible…until an intriguing stranger makes a tempting proposal.

Screenwriter Chett de Groot needs a hit to save his career. He accepts a movie star’s offer to use her secluded lake house as a winter writing retreat, and discovers a closet full of her old movie costumes.

Bored, freezing in Muskoka, and desperate for inspiration, Chett entices Catrina to wear costumes and role-play in seduction scenes. They discover how satisfying  acting can be. Soon Catrina is ad-libbing passionate lines in scorching “performances” that knock his thermal socks off.

A film producer makes Chett an offer that puts him back in the game. But when Catrina finds out what he did to close the deal, he must choose between his career and the woman he loves.

Seduced by the Screenwriter is Book 2 in the Hollywood in Muskoka series. This curl-your-toes romance can be read as a stand-alone novel. Love music? Enjoy the optional “soundtrack”—a playlist.

BUY LINKS - Seduced by the Screenwriter 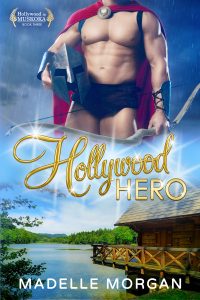 Is this Latina a chica loca for trying to win the love of an A-list millionaire movie star?

Unrequited love is hell on earth. Personal assistant Wendy Davila is crazy in love with her bad boy boss, Halden Armstrong, megastar of the Apollo superhero film franchise. But she can’t compete with the succession of stick-thin blond beauties he’s caught and released. Or can she? When Halden asks Wendy to accompany him on a fishing trip to Muskoka, it’s her chance to remake her dark-haired, curvy Latina self into his ideal woman and cast her hook for Halden.

When Apollo falls off his pedestal Wendy must decide if the man she adores is a keeper.

This star-crossed lovers story can be read as a stand-alone humorous romance. View the Playlist. 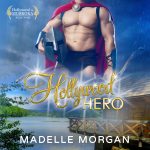 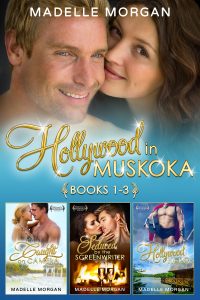 Seduced by the Screenwriter

Subscribe to be alerted to new releases and deals. 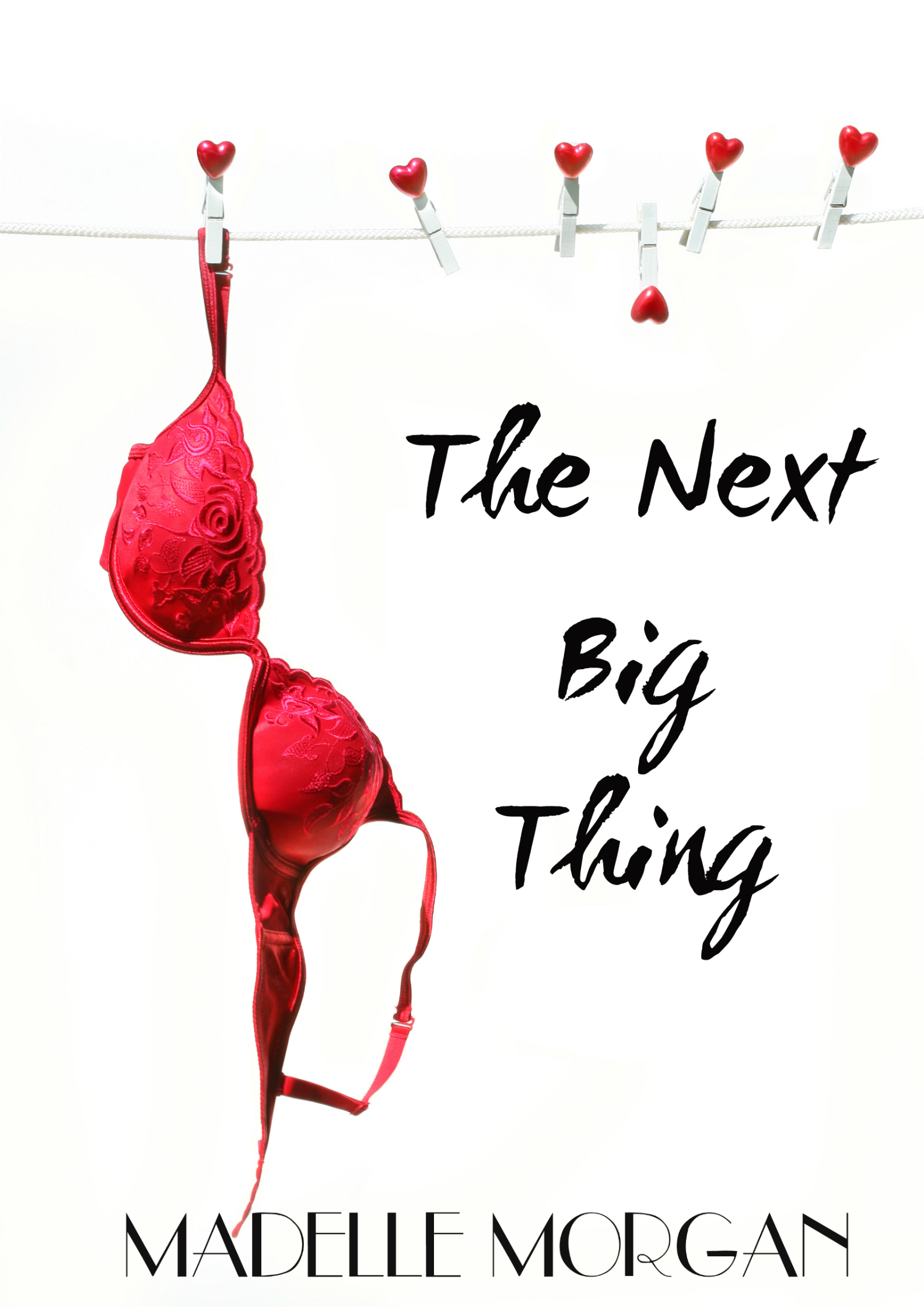 When Harry the inventor shows up at her bank to apply for a loan, Angela is not impressed by his lack of business plan or collateral. So Harry introduces her to his own brand of marketing by having her try the product herself – the only bra in the world that’s more fun to put on than take off.

The bank might not buy Harry’s idea, but the “support” he has given Angela convinces her to boost his business in return, and they team up to raise enough funds to make Harry’s dream take off. Angela and Harry give each other such a rise that it’s love or bust for the bra-ntrepreneurs as they realize they make a great pair.

The inspiration for the story was a Canadian engineer who invented the world's most popular sex toy.

This free short e-story is a gift to new subscribers to my blog. Click here to subscribe.

5 stars + Crowned Heart! Caught on Camera is a super fun read! Full of funny drama and lighthearted banter, it lifts the spirits.—InD'tale Magazine

4 stars. I closed the book thinking how brilliant of a movie this would be, with butterflies in my stomach and a craving for chocolate. So. Fantastically. Sweet! —S. Anderson, Goodreads.com

5 stars! If you're looking for a funny, sweet (and slightly steamy) story that reads like a blockbuster Rom-Com, look no further! Caught on Camera is the book for you. You will love this story.—flagyafa2218, LibraryThing.com

4 stars. A fun, well-written beach read - just make sure you can get online because there's also a playlist, which I thought was a nice touch.—Jenn, Booklikes.com

5 stars! "I enjoyed the way movie trivia was worked into the Chapter titles, and the playlist idea is cool. Oh, and the lovably irritating Mopette will tug at your heart."— Sagacity, Goodreads.com

4 stars. "This is a cute light romance. It has the rich-meets-poor aka upstairs-meets-downstairs motif—the Muskoka setting, a beautiful northern lake region, is a perfect backdrop for this. The characters are fun, and the romance teases and gets hot. The main character Rachel is a hoot—she grows on you and you appreciate her wit, drive and sensitivity." —S.Diana2, iBooks

"Caught on Camera is a thrilling and exciting story. I cried and laughed along with the characters!" I.R., Wattpad.com

Seduced by the Screenwriter - Book 2

5 stars! This Romantic Dramedy is wonderfully written. Catrina is both beautiful and flawed, strong in spite of the past horrors. While not as lighthearted as Caught on Camera, it still manages to to read like your favorite movie you keep in your DVD collection.—Yafania, Goodreads.com

Cat and Chett’s characters are well developed, drawing the reader into their individual plights, while their campy banter keeps the story light and downright fun. Ms. Morgan keeps the plot moving with humorous situations and dialogue interspersed with exciting and poignant drama. A good read for a snowy afternoon.—InD'tale Magazine

4 stars. A great read if you like your action, adventure and romance in one funny bundle.—Molly, Goodreads.com

4 stars. This book was sexy, gritty, and thrilling. Morgan imagined a brilliant story that she instantly brought to life.—Lindsay, Goodreads.com

4 stars. Hollywood Hero reads like a big screen romantic chick flick with plenty of female characters making moves to get what they want. Although the story is the familiar will-they-won’t-they trope, it’s filled with enough humor, passion, and self-discovery to keep readers interested. Ms. Morgan's tale casts a tempting lure in the waters of passion, secrets, and the pursuit of dreams coming true.—InD'tale Magazine

It is clear Wendy's encouragement is what pushes Halden to be a better person, and her experience among the Hollywood elite teaches her to be proud of who she is and where she comes from. For a workplace-to-lovers celebrity romance with a few more mosquito bites than usual and an emotional punch, pick up Hollywood Hero.—Lauren, reviewsinheels.blogspot.com

I loved this book. It was great, kept me hooked till the end. Full of excitement.—Kelly, Instagram.com

They’re both in love with the person they believe is each other but do they really know them? This is a story of getting to know the person behind the public facade, admitting to flaws, acknowledging wrongs but still making mistakes.—Splashes Into Books

"I thought it was funny and found myself laughing OUT LOUD several times. Seriously, OUT LOUD.” — Kathie @First Page to the Last Book Reviews, on Amazon.com

"Now where can one buy this O-Bra?” — Cinisajoy, on Amazon.com