You likely believed in Santa Claus, the Tooth Fairy and the Easter Bunny until at least age eight. Mom and Dad couldn’t afford that loot, so it had to be brought by magical visitors, right? Today kids are soooo smart. Preschoolers pull on Santa’s beard at the mall to check if he’s real, ask bright questions, and generally behave like miniature judges. “Prove you’re Santa,” they demand.

How fast does Santa fly? Rod Powers provides the scientific answer in his article. He quotes Santa: “As Albert Einstein proved in 1915, the faster one travels, the slower one experiences time. On my annual trip, what seems like 24 hours to you seems like weeks to me.” Santa apparently travels faster than starlight, with a climbing speed of 1 T (one twinkle). Rod tells us that Santa said, “My sleigh employs a 9 RP (Reindeer Power) power plant that is faster than any fighter aircraft in any military arsenal.”

U.S. and Canadian military organizations collaboratively track Santa and his reindeer on December 24. Santa Claus files a flight plan with the North American Aerospace Defense Command (NORAD), which monitors the sleigh flight via satellite. NORAD issued a press release with contact information so children can telephone, email or check a website to determine how close Santa is to his or her home on Christmas Eve. If the kids fret about leaving their residence in case they miss Santa, you can download an app to track Santa’s whereabouts on your smartphone.

Mothers, aunts, grandmothers: seeing is believing. Following Santa and his reindeer’s journey on the big night should convince the most suspicious little angel to believe in Santa for at least one more year. If the child “slays” you with more tricky questions, check out the FAQs on www.noradsanta.org.

But how do you react when the truth eventually comes out, you ask? Well, that’ll teach ‘em to believe everything they see on the internet!

What do you tell children when they ask if Santa is real?

Happy holidays to all, and to all a good night!

* Note: this post was originally published as a guest post on Long and Short Reviews on Friday, December 21. 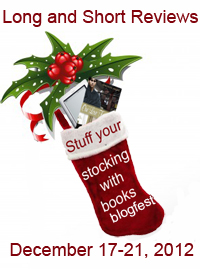