Congratulations to the five winners of a paperback copy of Caught on Camera: 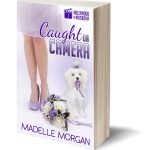 Seduced by the Screenwriter’s Winter Setting

I wrote a blog post on Romancing the Genres about setting the book in winter. As you know, winters in most of Canada are bitterly cold, dark, and snowy. Except maybe not in Abbotsford, BC, Shirley.  😉

The freezing cold at the beginning of the novel symbolizes Catrina’s emotional state. The story moves through time from the dead of winter, through the spring thaw, to the summer HEA in parallel with the opening of Catrina’s heart.

I carefully selected songs for the Seduced by the Screenwriter YouTube playlist to reflect Catrina’s emotional journey. The images in the YouTube music videos add another layer of symbolism and reinforce the motifs.

For example, several videos have a water motif, which connects to and reinforces Catrina’s turbulent love/fear emotions about being underwater. She loves diving, in fact belongs in water like a mermaid, yet fears it. That dichotamy is reflected in the name of the Toronto, Canada band Mermaids Exist versus their lyrics in this song.

The video of Demi Lovato singing Stone Cold has both water and winter elements that perfectly mirror Catrina’s emotionally devastation in that particular scene of the novel.

I also included a music video that showcases the winter sport of curling, for the benefit of readers who are unfamiliar with the curling game that is described in the chapter Getting His Rocks Off. Curling rocks, that is!

Setting a Hollywood-themed story in January allowed me to include a plot point about the Golden Globe Awards that intensifies pressure on the screenwriter hero.

Buy the ebook for 99 cents or read it for free in KU at  Amazon.com | Amazon.co.uk | Amazon.ca | Amazon.au 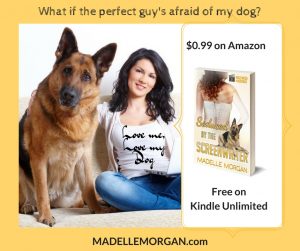 I’m so grateful for the reviews coming in on Amazon.com and Goodreads. Here are quotes from a few of my favorites so far.

A great read if you like your action, adventure and romance in one funny bundle.—Molly

This book was sexy, gritty, and thrilling. Morgan imagined a brilliant story that she instantly brought to life.—Lindsay

This Romantic Dramedy is wonderfully written. Catrina is both beautiful and flawed, strong in spite of the past horrors. While not as lighthearted as Caught on Camera, it still manages to to read like your favorite movie you keep in your DVD collection.—Yafania

2 comments on “Congrats to Giveaway Winners”